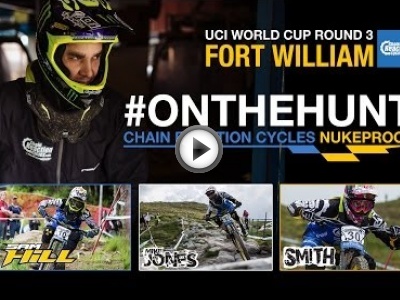 The Chain Reaction Cycles Downhill team had an awesome weekend up in fort William Scotland on the World Cup tour.

Sam Hill came into this race with one goal and that was to win and a third place qualifier put him right in the mix and on target for his goals. He lead and sat in the hot seat right until the last rider and Australian ex team mate Troy snatched the win away from Sam by 1.6 seconds to take his first ever World Cup victory.

Sam was obviously gutted but like a true sportsman went over to congratulate his friend and competitor. Still an awesome result from Sam. Team Manager Nigel Page said " we are all really proud of him and second place at Fort William was good enough to bump him up to fourth in the overall standings from 10th and closer to his season goal of that No 1 plate."

Solid rides from Joe Smith 20th and Mike Jones 21st rounded off a good weekend for the crew up in Scotland. Next stop is Leogang Austria.. In the meantime check out the edit from the event: