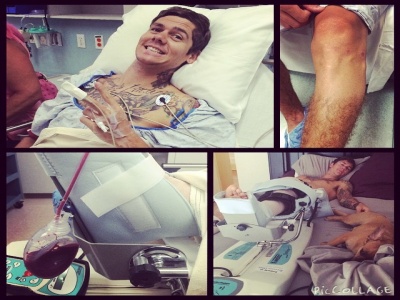 Ben Wallace would normally be on a plane right now headed to the South of France for the Vans Kill The Line contest but he's still on the mend from his recent ACL surgery. So far he's 2 weeks into his recovery programme and having regular rehab following the knee surgery in California.. He's going to be out for a while and missing some big contests which he's definitely bummed about.. Last year Ben was on the podium in France and he loves Peynier..

Here's a repost of his last Peynier edit shot before the contest in 2013.. Check it out!